Create an Account - Increase your productivity, customize your experience, and engage in information you care about.

What is the Census?

From the United States Census Bureau:

"As mandated by the U.S. Constitution, our nation gets just one chance each decade to count its population. The U.S. Census counts every resident in the United States. It is mandated by Article I, Section 2 of the Constitution and takes place every 10 years. The data collected by the census determine the number of seats each state has in the U.S. House of Representatives (a process called apportionment) and is also used to distribute billions in federal funds to local communities."

State demographers expect the population of Colorado to exceed 5.8 million in 2020, and if that projection is accurate, they expect Colorado to gain an 8th Congressional seat.  An accurate count in the census will determine another seat in Congress and where district lines are drawn.

Also, there is approximately $880 billion in federal funding allocated across the United States based on Census counts. In Colorado, this equates to approximately $13 billion annually or an estimated $2,300 per person. 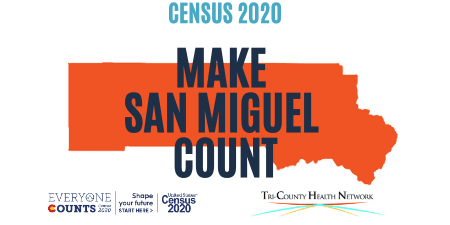